Living in a Bubble by Moses Miller

LIVING IN A BUBBLE 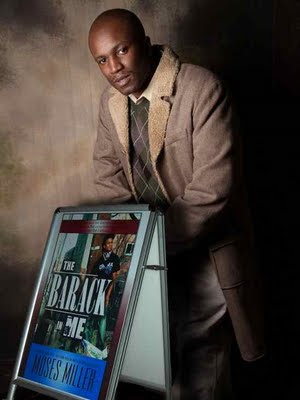 I sometimes wonder if many of us are living in a fragile little bubble, so caught up in our own lives that we fail to realize what's really going on around us. Our kids are killing one another at an alarming rate, but some of us only seem to care when it's one of our own who are victimized. Many of our communities are becoming dangerous wastelands, compelling the vast majority of us to strive to move out and never look back. I wonder, does that make us any better than those Caucasians who vacate a community as soon as a minority family moves in?

Countless school districts (partly) responsible for educating our children are inadequate, but what do we do? Most do nothing. A few complain and blame the overburdened teachers, while some others who can afford it go the private school route. I wonder how many of us recognize a need and educate our own children at home, sacrificing our own time and energy to ensure their success? How many of us mentor a child who isn't our own but has a need for guidance, in order to give someone else a chance at success?

Many parents today don't know the first thing about raising a child. A lady told me the other day that she wouldn't be able to get her son to put down his videogames long enough to read my book, The Barack in Me. Meanwhile, when she was talking to me, she was clutching a Game Stop bag in her hand, with more videogames tucked inside. Who's the parent? Who's determining what's vital in your young child's development? Derrion Albert was an honor student who was murdered for no reason whatsoever, by four children. These four children will undoubtedly get charged as men and spend a good portion of their lives rotting away in prison like so many other African American boys.

However, between now and when (not if) the next Derrion Albert is killed, we need to honestly ask ourselves some questions. What are we doing to keep our own children safe? Are we playing an active role in their development? Are we willing to be hard on them if it is for their own good, or do we defer to them when a tough decision has to be made? Also, are we actively engaging other children and young adults who desperately need our guidance?
Our communities were once built on the concept that it takes a village to raise a child. Where's the village? Where are the leaders? As a matter of fact, where are the black owned businesses in our neighborhoods-another issue altogether, but a burdening concern nonetheless.

Hopefully none of our children will be impacted by violence brought upon them by a child who belonged to someone else. Hopefully none of us will ever have to wonder what we could have done differently, what we could have said, or what more we should have done? Five lives ended on the day Derrion Albert was killed. One was lost involuntarily. Four other misguided children figuratively committed suicide that day as well, when they took his life. Sure, they will live on, but trust me, their lives are over. Where were their parents? Where were their advocates and mentors when they needed them? Hopefully the day will never come when we're sitting in a room teary-eyed asking these same questions and receiving no response.

The unfortunate reality is that unless we figure out a way to restore our village through hard work and commitment on all of our parts, one or more of us may be faced with the same pain Derrion's loved ones are undoubtedly plagued with now. A child's life taken by the child of someone else. When will we realize that they're all our children? When will more of us step up and play our part in helping to mentor and guide them all? Today more than ever, it takes a village to raise a child. Please, stop living in a bubble.

Moses Miller Mind Candy, LLC.
View his new book, The Barack In Me, at http://www.mindcandymedia.com

"Moses Miller's The Barack In Me shows his compassion for young black males and his desire to give them information that is both positive and relatable on a personal level. Instead of preaching while wagging his finger in the reader's face, Miller uses The Barack In Me to sit down beside his reader and teach from his heart." -Joey Pinkney (Journalist and book reviewer)


"Moses Miller provides readers with priceless advice that not only males can benefit from, but females as well..." -Sister Tea (ARC Book Club)


"Miller's concern is sincere and earnest. Hopefully, young readers will connect with that and understand how decisions - good or bad - can change your life."-Ms. Toni (OOSA Online Book Club)