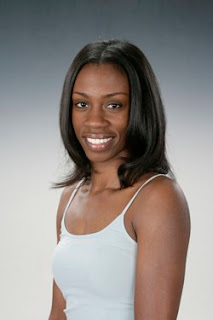 Intimate Conversation with Karen Thompkins
Author of Double Insanity & a Domestic Abuse Survivor
For seven years Karen Thompkins was the victim of domestic abuse. In 2002, she sought the assistance of The Domestic Abuse Project of Delaware County (DAP) to change the tides in her life. Karen is a psychiatric registered nurse in Philadelphia and is focused on increasing public awareness for domestic violence nationwide. Double Insanity is based on her personal testimony.


Ella: Introduce us to your book and why you wrote it.
Double Insanity is inspired by some of your personal adversities from dealing with an abusive partner.
********

Ella: Why did you want to write a book on the subject of Domestic Violence?
My best friend told me that I had a story and should begin writing it down in a journal every day. When I began writing, I realized that not only was it self-healing, but it was a story that needed to be told. Domestic Violence is a national problem that needs awareness.


Ella: Why did it take you 7 years to get out of the abusive relationship, especially with children in the home?
It took years for many reasons. But the main two reasons are hope and fear. I kept hoping that my husband would change, and I feared that he would kill me if I left. Also, I would feel sorry for him because I thought he needed me, and guilt would make me stay. Plus, I was afraid of failure and did not want our relationship to fail. 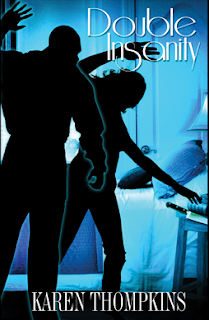 
Ella: Who is the audience for this book?
Domestic violence has many faces from different races, nationalities, religions, ages, and socioeconomic backgrounds. It also occurs within teenage relationships and among same-sex partners. This book is for everyone who is in a relationship whether you are making six-figures or minimum wage, whether you have a law-degree or a GED. Double Insanity will shed light and bring the much-needed awareness to a variety of readers about the need to combat domestic abuse in households across the country.


Ella: You give a resource guide in the back of this book, what is the strategy behind this?
Domestic Violence Awareness month is October, but as a survivor of spousal abuse I know that there are many who do not have until the month of October to seek the much-needed help they require. I added the resource at the end because I want this book to truly help save someone's life. So I decided to discreetly give victims another outlet to gather the information and help they need to reclaim their lives before it is too late. Domestic Violence is a two-way street, the abused and the abuser.

I am hoping that seeing the information in the back of my book and knowing that I was a victim as well, will motivate all abused readers to make the call or even go to the agency office directly without hesitation and get help. I also hope that any one who is a guilty of being the abuser will seek help as well.


Ella: How long did it take you to get your life back in order after you contacted DAP?
Although I attended the self-help group and had individual counseling, I am still healing. The aftermath of Domestic Violence is a healing process that can take many years.


Karen Thompkins is available for interview regarding what people should know, what victims and abusers can do and what the general public can do to bring awareness to Domestic Violence. Contact: Dawn Michelle Hardy Office: 347-715-4921; Email: dreamrelations@gmail.com

Philadelphia, PA (February 11, 2009) — Because of the recent allegations of assault by Grammy® Award Winning artist Chris Brown on his pop-star girlfriend Rihanna, discussions of domestic violence are rapidly spreading throughout the media and among fans. Philadelphia author Karen Thompkins speaks out on the importance of Rihanna and other victims seeking help and support immediately without hesitation. From Hollywood to Harlem, Domestic Violence is not confined to any one socioeconomic, ethnic, religious, racial or age group and knows no geographic or educational boundaries. It also occurs within teenage relationships and among same-sex partnerships.

Recent reports say that Rihanna fears for her life after being choked and threatened by singer Chris Brown who turned himself into the LAPD after an investigation was launched into an alleged domestic assault on a woman in Los Angeles on Sunday February 8, 2009. “I know how scared she is right now. I stayed in a relationship with my husband and received a broken nose, and beat in the head until I passed out. Rihanna has to move on and under no circumstances reconcile back into an intimate relationship with Chris. From my experience if a man/boyfriend hits you once, he’ll do it again.” commented former domestic violence victim Karen Thompkins. Karen Thompkins, a psychiatric registered nurse at Mercy Philadelphia Hospital was a victim of domestic violence from 1995 to 2002. For seven years, she battled with her own emotions and the unstable temper of her boyfriend turned spouse.

The cycle of making-up to get beat up, is all too common in domestic abuse relationships. Thompkins describes this as the “sick dance”. After accepting numerous apologies and pleas from her abuser Thompkins eventually married and had a child with him. Even post baby, life still did not improve for her, there was no peace in her home, mind and heart. After infidelity entered the mix, Thompkins began to see things more clearly and filed for a protection of abuse (PFA) and shortly thereafter a divorce.

Brown and Rihanna both canceled last minute on Grammy appearances Sunday night. In the U.S domestic violence cases cost businesses nearly $1 billion in lost productivity. “I can only imagine how much was lost on the night of the Grammys with all the last minute changes and scrambling to keep things as silent and discreet as possible. I too missed days of work and was embarrassed to tell my family and friends, so if the rumors are true, I pray she seeks help immediately. I’ll be praying for her peace of mind” Thompkins states.


While coverage from The Los Angeles Times and Us Weekly report that Rihanna was the victim and TMZ claimed that Rihanna filed the crime report under her birth name, Robyn Fenty, Thompkins hopes these outlets and tons of others will shine more light on the awareness of domestic violence in all communities and help save other domestic assault victims.

Inspired by President Barack Obama’s call-to-service Karen Thompkins will begin a 10-city book tour in April spreading Domestic Violence Awareness. Thompkins will release her first book Double Insanity: A Novel (Karter Publishing Trade Paperback; Pub Date: April 21, 2009; $14.95; ISBN 10: 0-9820674-9-6 ) which will contain a Domestic Violence Resource Guide of national agencies and hotlines along with her personal letter to abused women. A true read that brings awareness to domestic violence among working class women, Double Insanity by Karen Thompkins is the drama-filled, reality-inspired, contemporary debut that will surely stir readers up and have them wanting to make a difference.


Excerpt from Double Insanity by Karen Thompkins: In the morning, the Domestic Abuse Project was my first stop. I was tired of the “sick dance” and wanted Tony out of my life. While telling the counselor my story, tears poured down my face and my voice cracked. She was consoling and gave me information on their self-help group for abused women.


Karen Thompkins is available for interview and discussion on what men and women should know regarding domestic abuse.