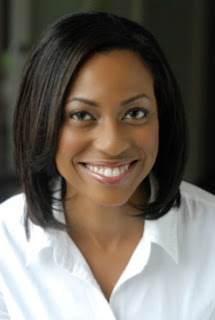 Born in England to Jamaican parents, Dionne Peart grew up in Canada and later moved to the U.S.  Her debut novel, Somerset Grove, was inspired by the many stories of Caribbean transplants she grew up with while living in Winnipeg.  When she isn’t writing, Dionne loves to read stories that explore another time, place and culture.

Dionne currently resides in Washington, D.C. where she practices law and is working on her second novel.

BPM: Tell us about your journey becoming a successfully published author.  Do you have anyone in your life that was heavily influential in your deciding to become an author?
Since childhood, I’ve always wanted to be a writer and long before I went to elementary school, I’d always loved to read. I remember my parents would scold me whenever I read at the dinner table or used the TV as my reading light.

Growing up in Canada, diversity was everywhere, but the numbers representing each ethnic group were very small, especially where I lived in Winnipeg.  As a first generation person of Jamaican heritage, I never came across books by or about people that looked like me. That all changed when I entered university and was introduced to writers like Toni Morrison and Alice Walker. I think that’s when I first thought that I really could become a writer too.

I ended up taking a different path and became an attorney, partly because my parents wanted me to be one, and it was a safe choice. It’s been a great experience and I’ve been exposed to a lot of different people and places as a result. But, somewhere around my sixth year of legal practice when other associates were seriously contemplating partnership in the firm, I was seriously contemplating becoming a writer and challenged myself to write a novel. It took me over two and a half years of waking up an hour earlier every morning so that I could do some writing before going to the office, but I did it. I had a lot of support from friends and family along the way, so that helped me accomplish my goal of publishing my first novel. I really enjoyed the writing process and I’m looking forward to finishing my next book.

BPM:  What is your definition of success?
My definition of success has expanded over the years. The truly successful people are the happy ones, so I think when you can wake up grateful for what you have, feel fortunate for the family and friends that you are blessed with, and be optimistic about what your future holds, you have found success.

BPM:  What books or authors made a difference in your life?
Authors like Toni Morrison and Alice Walker made a difference for me when I discovered their books in university.  These authors opened up a whole new literary world and developed my love of stories that explore another time, culture and place. It was wonderful for me to find authors who looked like me and who wrote about characters that looked like me.

BPM:  What are some of the benefits of being an author that makes it all worthwhile?
I really enjoy the creative outlet that being an author provides. I’ve also met some wonderful people along this journey. Writers are always willing to share advice or words of encouragement and there’s no experience like when a reader you don’t know sends you an e-mail saying how much they enjoyed your book.

Being an author gives me a real sense of personal satisfaction because writing can be a solitary process, at least in the beginning. Authors have to hold themselves accountable for completing their projects, particularly if they don’t have any external deadlines looming over them.  My novel began with me and I saw the project through from start to finish. The feeling I had when I held that first copy in my hands was indescribable.

BPM:  Do you have any advice for people seeking to publish a book?
Decide on your goal publication date and then work backwards from that to set realistic deadlines. Writing the book is the fun part of the process. Publication can be fun too, especially when that first proof copy arrives in the mail, but the work to get to that point can be stressful if you don’t plan well enough. Once it’s all done, it’s time to celebrate!

BPM:  Introduce us to your book and the main characters.  Do you have any favorites? What genre is the book? On Kindle or Nook?
Somerset Grove is a story about a family of three generations of Jamaican women whose conflicts and family ties take them on a journey from a small town in Jamaica to Canada and back again. You get to experience their internal conflicts, as well all the life challenges they face, such as issues with education, socioeconomic status and immigration.  The biggest challenge they each face is dealing with their pride, which keeps them from connecting with each other on a level they really want.

The first character you meet is Angelique, a beautiful and savvy 16-year-old who sees herself as an uptown girl trapped in a rural existence. She’s ambitious and prideful, and those things get in the way of her being the person you really think she can be.   It is 1967 when Angelique discovers that she is pregnant and contemplates how to handle the situation with her mother. Ruby, Angelique’s mother, is the second character you meet and her story begins in 1949. We find Ruby as a young woman in a marriage where her heart gets broken and her pride takes a blow. Finally there is Carmen, Angelique’s daughter. She is headstrong, determined and smart. She’s a survivor, but she is always looking for affection from her mother and estranged father. She doesn’t know how to get it, and so we see her bitterness emerging as a result.

Ruby is my favorite, though she didn’t start out as a main character. Ruby asserted herself in my story and demanded to have a bigger role and she got it. I like the way she evolves as she gets older, but still remains true to herself.  Somerset Grove is available in paperback on Amazon and through Barnes and Noble. It is also available electronically on Kindle, Nook and Kobo.


BPM:  What compelled or inspired you to write this book? Why now?  Ever experience writers block?
The idea for Somerset Grove came to me because growing up in Winnipeg, I knew so many families that came from many different countries and cultures, but had similar stories about their family’s migration to Canada. What interested me most were the stories behind the stories; some families came as a whole unit, sometimes spouses were separated, and sometimes children were left back home with relatives while their parents got settled in Canada. People didn’t often talk about it, but you can imagine some of the longing, tension, and awkwardness that came with being apart from and then reuniting with a parent or child you haven’t seen in years or being introduced to siblings for the first time.

When I decided I that I was going to write my first novel I knew that I wanted it to be a multi-generational story featuring Jamaican characters.

I didn’t really experience writer’s block, but I did struggle with moving past the first section of the book because the lawyer in me wanted to go back and keep re-editing that first part.  I attended the Black Writers Reunion and Conference in Atlanta where I learned to just get that first draft done – there would be plenty of time for editing after the full story was down on paper. That really worked for me because Ruby’s character never made it to the foreground until I stopped editing that section.

BPM:  Are any scenes from the book borrowed from your world or your experiences?
I once knew somebody whose father essentially started a new life after he moved to Canada. The initial plan was to send for the entire family, but I guess absence didn’t make the heart grow fonder in his case. He met someone new and never sent for his wife, though he did eventually send for the children. This story inspired a scene with Ruby.

BPM:  In writing your novels, how do you develop the plot? Did you have difficulty keeping the story on point?  How much research was required, if any?
I don’t really outline my stories, but when I get an idea for one, I’ll decide on a goal for one or more of the main characters. Where do I want them to end up? Do I want to leave them with unanswered questions? I then decide what other major characters will influence them or interact with them and what obstacles will get in the main character’s way. I don’t always have the final resolution in mind when I begin writing, but that’s part of the fun for me. The characters can do what they want, because I can always go back and rewrite whatever doesn’t work.

I had to do some research to make some of the events in Somerset Grove more realistic, especially since Ruby’s story begins in 1949. My parents were a great source of information for what my grandparents might have experienced back in the 1940s and for what my parents would have done in the ‘60s and ‘70s. I then supplemented that with some other research and my own memories from when I visited Jamaica. It was important that everything be authentic and I think I achieved that goal. Several native Jamaicans have commented, “I didn’t know you grew up in Jamaica.” To which I’ve respond with a smile, “I didn’t.”

BPM:  What particular scenes from the novel will grab readers and serve to stimulate spirited discussions?
Ruby and Angelique both find themselves in very similar dilemmas at the start of the book when each young woman discovers she is pregnant. They handle their situations very differently. The way Angelique handles her condition will make some readers smile or laugh; she turns it into an opportunity. The way Ruby handles her situation may make some readers feel sorry for her, because she reacts with a little desperation and resignation. Readers might also feel anger towards Ruby for the way she responds after finding out about Angelique.

BPM:  Will the digital age or social media usage change the face of publishing?
Absolutely. I do love opening up a paperback copy of a novel by one of my favorite authors, but I also enjoy the convenience of downloading a book and reading it instantly on any number of devices.  The digital age means more accessibility for readers and authors. Social media gives readers a chance to get to know authors better and authors can more easily communicate directly with readers.

BPM:  How do feel about selling digital books vs. selling in a brick and mortar store?
There is nothing like walking into a bookstore and seeing your novel on the shelf or seeing a stranger walking around with your work in their hands. I personally love browsing the shelves in brick and mortar bookstores and finding a book that catches my eye. I also enjoy the convenience of downloading a book as soon as I hear of its release or the ability to take several books with me in digital form when I travel, so I believe there is a market for both forms of books. For black authors, and particularly those who are indie authors, electronic books allow us the opportunity to get our works into the hands of readers for a relatively low cost. It’s also a fast and easy way to reach international markets.

Purchase Somerset Grove: A Novel by Dionne Peart
Available at Barnes and Noble:  http://bit.ly/XfZf5s
Available in paperback and ebook on Amazon at:  http://amzn.to/14H7BaA