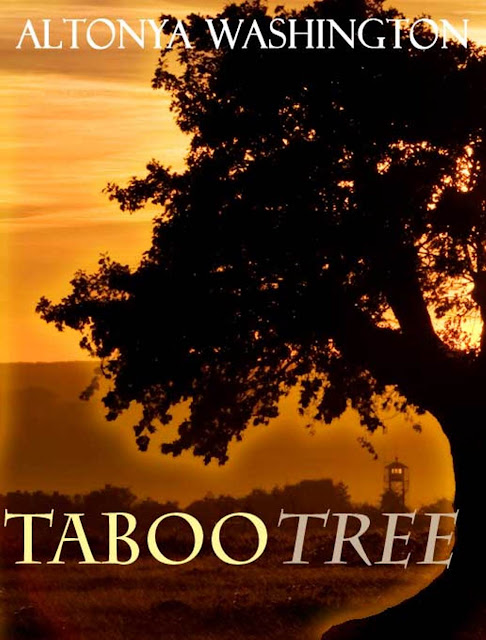 Rivalries, secret romances and scandals fed the feud between the Gwaltneys and Augustines for decades. The two families shared an uneasy co-existence, until terrible tragedy touched the Gwaltneys. Years later, the two eldest Augustine children, chose to chart their family history. In doing so, they made a devastating discovery. Their family shared more than hatred with the Gwaltneys. They shared blood. The kids decided to cover the explosive revelation. The decision would have consequences none of them could have foreseen.

Many years later, tragedy struck again. History would repeat itself as new romances bloomed amidst the pain of the loss and vows for revenge. The truth would have to be revealed. Whether the secret would ruin the families forever or finally unite them, was a chance they would have to take.
EXCERPT:
"Did ya'll come across something in your research that upset you?"
"Upset us?!" The siblings cried, looking as though they were horrified.
Chick only shrugged, his onyx gaze sliding from one child to the other.
Suddenly Steph pushed the book from her lap and turned to face her father more directly. "Daddy, could you let it go?" She pleaded, her fingers stretched wide. "We started coming up with too many loose ends on the thing and there was no way we'd have it done before the deadline." She declared, her expressive brown eyes widening with desperation.

"Shh...Baby, it's alright." Chick soothed, raising both hands to calm his daughter. When she leaned back against the headboard and bowed her head, he chuckled. "Lord, you are just like my great aunt sometimes." He sighed, closing his eyes as he envisioned the outspoken, humorous, excitable woman. "Miss Lulabay Augustine Godfrey. Did you come across her name in your research?" Chick asked, nodding when the kids smiled.
Chick grinned and folded his hands across the front of his green, short-sleeved sport shirt. "I remember the day I announced to the family that I was marrying Ophelia. It was very important to Auntie Bay Bay that I was truly happy and in love with your mother. She went on to say that she knew what it was like to want a love you could not have and settle for what you did not want."
"Smart woman." CJ couldn't help but remark, as his own situation came to mind.
"Very smart." Chick confirmed. "And very hurt." He added.
"How?" Steph asked.
Again, Chick closed his eyes and rested his head back against the wall. "Your great great aunt was a strong-willed lady. She always said what was on her mind and you could love it or hate it. She really didn't care. I think it was personality more so than her beauty-which was stunning-that really interested most men."
"But she still got hurt?" Stephanie inquired hanging onto her father's every word.
Chick nodded, without opening his eyes. "She got hurt, when she fell in love with the wrong dude."
"Josiah Gwaltney." CJ provided, easily recalling the name from research.
A
fter a while, Chick looked across the room. "Exactly. You see...in those days, the Augustines and Gwaltney's biggest upset was over the land. When Auntie and Josiah got together...Did you two get past my aunt and her...man?"
Steph looked at her brother, and then shook her head at Chick. "We stopped there...too afraid of what we'd find, I guess."
"Well, lemme finish puttin' the pieces together." Chick decided, "Aunt Lula Bay and Josiah realized it couldn't work. Besides the dislike between the families, Josiah was way older than she was. That didn't stop them from enjoying a brief, but productive relationship. My aunt got pregnant and wanted to keep her son James, but knew it would be impossible. She was a child herself. Josiah took the boy, gave him his name and the Gwaltneys raised him. No one knew about the mother. It was to protect my aunt from anyone knowing she'd had a child out of wedlock."
"Then how were we able to find out about your Aunt and Josiah at all?" CJ asked.
Chick shrugged. "The Augustines and Gwaltneys have been powerful families in this town a long time. I honestly can't tell you how this all came to be recorded. I didn't even think you two would get so far in your research."
Steph leaned forward. "There's more, isn't there Daddy?"
Chick sighed. "Ressie Augustine-my mother-grew up and fell in love. She didn't know the man she adored was her cousin."
"She fell in love with her Aunt's son?" CJ remarked, his dark eyes widening.
Chick managed a slow grin. "That's right. Like my Aunt, she got pregnant and had me. The family wanted to disown her, but Auntie Lula Bay refused to let them do it. I never knew my father, but those two women raised me better than if I'd had ten daddies."
"Did your dad know about you?" Steph asked, seeing the hurt beginning to cloud her father's face.
"He knew." Chick responded, his voice close to breaking.

CJ raised his hands. "Well, what'd he do?"
"Married another woman. I think my mother died a little every day after she heard the news."
"Did they have any kids?" Steph asked.
"Several." Chick confirmed, pinning the kids with an unwavering dark stare. "You two wouldn't know any of their sons, but one. I have a cousin who is also my brother and he lives not ten minutes away."
"Jason Gwaltney." CJ stated, a heavy lump forming at the base of his throat.
Chick only nodded, watching his son and daughter absorb the incredible details of their family's history. The room was silent for several minutes. CJ and Steph were too in awe to speak the questions filling their heads.
"Do the Gwaltneys know about this, Pop?" CJ finally asked.
"Jason does. I don't know about his brothers. I know he's kept it from his wife and kids."
"What about Ma?" Steph asked.
Chick shook his head. "She has no idea."
"Does this mean you understand why we didn't turn in the project?"
"I do." Chick told his son. "And I hope you two understand why we need to keep this quiet?" He cautioned, watching his son and daughter nod in agreement.

Intimate Conversation with AlTonya Washington
AlTonya Washington has been a romance novelist for 14 years. She’s traditionally published with Harlequin’s Kimani Romance imprint, winner of the Romance Slam Jam EMMA Award and two time winner of The Romantic Times Magazine Reviewer's Choice Award. AlTonya is a mom and works as a College Reference Librarian.

In 2015, she received scholarly publication for her article An Indie Author in a Library World which appeared in “Self-Publishing and Collection Development: Opportunities and Challenges for Libraries” published by Purdue University Press. She enjoys a successful indie author career and is best known for her Ramsey/Tesano romantic suspense series.
BPM:  What made you want to become a writer? I penned my first story in the summer of 1994. I decided to become a writer the summer after I graduated college. I attended the HBCU Winston Salem State University. I believe it was that experience that made me look at the romance novels I’d enjoyed since age 13, with a more critical eye. I still enjoyed the stories, but I craved seeing characters that looked like me.  As the great Toni Morrison says “If there’s a book that you want to read, but it hasn’t been written yet, then you must write it”. These words have been a driving force behind so many of the stories I’ve created.
BPM:  How do you think you’ve evolved creatively? I believe I’ve learned how to write the story my characters are showing me instead of the ones I want them to act out. I listen to them more which has enabled me to create some pretty unforgettable people.
BPM:  Do you view writing as a kind of spiritual practice? I don’t know if I’d say spiritual, but it is therapeutic. There’s a feeling I get when I’m writing that just soothes me. Whatever is going on around me or in my life, writing creates this…bubble that protects me from all the angst. Then, it rejuvenates and inspires to give me the strength to go and face the angst.
BPM:  How has writing impacted your life? It’s made my house a cluttered mess! I write everything in longhand so you can imagine the notebooks I’ve got piled. Seriously, it’s not that bad-I try not to let my ‘hobby’ put my home in too much of an uproar. To be honest, writing has ‘impacted’ my life in beautiful ways. I continually evolve as a more thoughtful person, more observant, more detail-oriented and definitely more focused!
BPM:  What was one of the most surprising things you learned in creating your books?
There are so many I’s to dot and T’s to cross! I’m not just talking about inside the pages of the book either! This is especially true when the work is an indie project. Everything rests on your shoulders and you have to make sure the product is as satisfying inside as it is on the outside. I’ve learned that it goes beyond selecting the perfect cover image and font size for the title. The platforms used to create the work, proofing the work and proofing it again and again…there are so many levels of quality control. Still, the end result makes it all worth it.

2017 will see a new Harlequin Kimani entitled “Silver Screen Romance”. Also, the second in my Sleeping Giants Series “Conquered” which follows “Intoxicated” that released in June 2016. There will be new T. Onyx erotica “Pleasure’s Possession” a spin off from the earlier “Pleasure’s Powerhouse”. “Tradition”- a  new family saga trilogy set in Charleston, SC.  I’ll wrap up the year with “Book of Scandal- The Tesano Elders”.
BPM:  What is your preferred method to have readers get in touch with or follow you? I’m good with any method- FB, Twitter, Instagram. I absolutely LOVE emails from my readers, though many often drop me a line via FB Messenger when they have a quick question.  It’s a great pick-me-up when I see a message from a reader.
BPM:  How can readers discover more about you and your work?
www.lovealtonya.com
https://twitter.com/Ramseysgirl
https://www.instagram.com/novelally/
https://altonyasblog.wordpress.com https://www.facebook.com/AuthorAltonyaWashingtonFanPage/